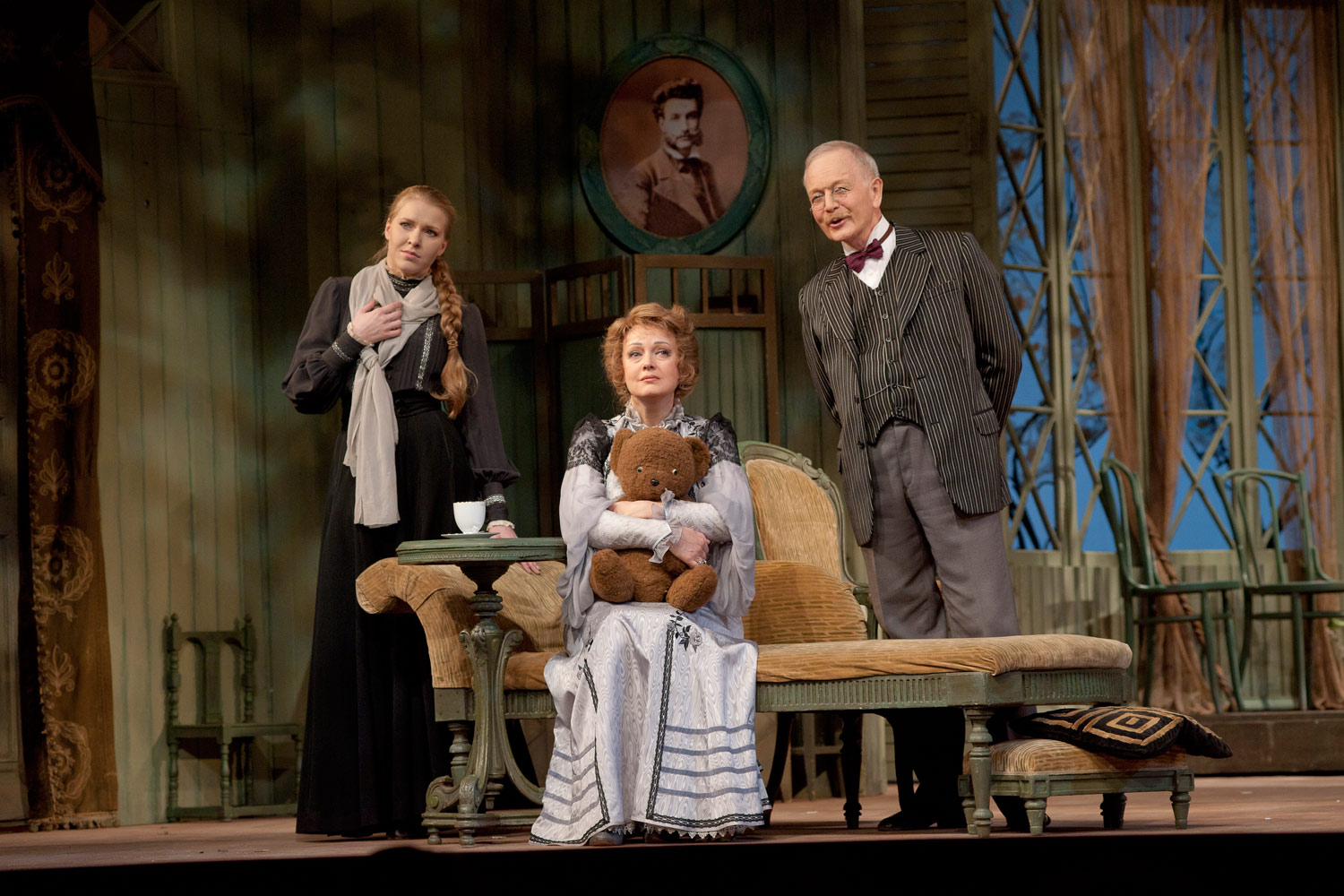 Chekhov’s masterpiece, «The Cherry Orchard», generally considered as his greatest play, is a tragic tale of changing eras and generations.The generation of Lyubov Ranevskaya and her brother, Gayev, sentimental and impractical Russian nobles, is fading. They struggle to adapt to their new social and personal responsibilities and thus are forced to give way to the motion of time and progress represented by a well-off businessman, Yermolai Lopakhin. A beautiful story of nostalgia is carefully preserved in production directed by Igor Ilyinsky.

The play is revived for the first time on December 22nd, 1988

The play is revived for the second time on February 9th, 2013

A comedy in 4 acts
The performance runs with one intermission

Firs, a manservant Recipient of multiple USSR State Prizes and the State Prizes of the Russian Federation , People's Artist of Russia Yuri Kayurov