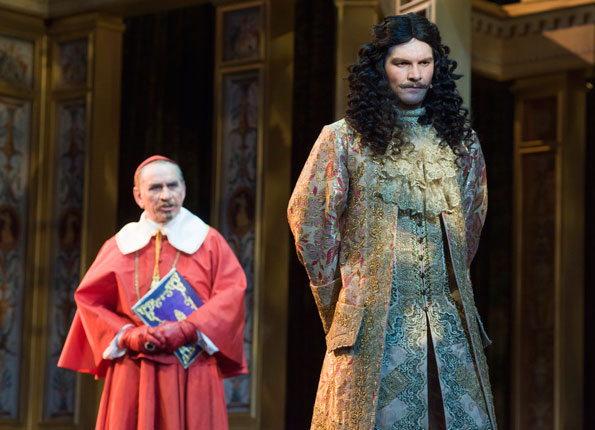 The action of the play takes the audience back to the days when Louis XIV, also known as the Sun King, was a young and carefree King of France, whose mind was preoccupied mostly with glamorous entertainment, sumptuous dinners, hunting, dancing in balls and young mistresses rather than government affairs. The story begins when Louis the Great, puzzled about how to deal with the intrigues of the court, shady dealings and backstabbing, gets acquainted with Jean-Baptiste, the son of a court upholsterer Poquelin, considered an idle and reckless young man by his father. Jean-Baptiste, who assumed the name Molière in the hope of a particular theatrical privilege, offers the king an amusing way out of a tangled situation…

Philippe, The Duke of Anjou (Monsieur) brother of the King Aleksey Konovalov

Mazarin Recipient of the Prize of the Russian Federation Government, People's Artist of Russia Alexander Ermakov