Honored Artist of Russia, Recipient of the State Prize of the Russian Federation

Yuri Ilyin was born on May 6, 1946, in Leningrad, in the family of a colonel of the Air Force, a hereditary military officer. Several generations of the Ilyins were officers of the fleet. He followed his family tradition, playing his first role as a naval officer in the play «The Duel» by Mar Baydjiev.

In 1973 he graduated from the acting department of the Leningrad State Institute of Theatre, Music and Cinema (today Russian State Institute of Performing Arts), course of Professor Z.Ya.Korogodsky, and joined the company of Lesya Ukrainka National Academic Theater of Russian Drama, led by its chief director Boris Erin.

In 1982 he was invited to the Lipetsk State Academic Drama Theatre named after Leo Tolstoy, by its chief director, V.M. Pakhomov. As one of the leading actors of the theatre, Yuri Ilyin played over 60 roles.

Chekhov's works occupied a significant place in theatre's repertoire. In May 1982 : Yuri played Konstantin Gavrilovich Treplev in «The Seagull» on the veranda of the Chekhov’s house museum in Melikhovo. That role was then followed by Voynitsky («Uncle Vanya»), Gaev, Petya Trofimov («The Cherry Orchard»), Ivanov («Ivanov»), Lomov («Five Poods of Love»), Artist («The House with a Mezzanine»), Kovrin («The Black Monk»), Aplombov («The Wedding»), etc.

The gallery of characters created by Yuri Ilyin is enriched by classical roles from the plays by Alexander Ostrovsky: Murov («Guilty Without Guilt»), Bakin («Talents and Admirers»), Chebakov («Balzaminov’s Marriage»), and the roles from the Soviet classics : Boris («Alive Forever» by V. S. Rozov), Christ («The Law of Eternity» by N. V. Dumbadze), Govorukha («A Time to Love and A Time to Hate» by to B.Lavrenev), Jacob («Possible Tragic Farce» by M.Gorky), Visitor («The Last Visitor» by V.Drozdov), Alexander («Stars in the Morning Sky» by A.Galin), Professor Rossolimo («Return to One's Circles» by Ion Druță), etc.

Ilyin is distinguished by natural refinement, intelligence, temperament, and efficiency that are inherent to every role he is playing. The individuality of the actor makes it possible to play diverse roles - he created images of Pyotr Tchaikovsky, Russian writers Ivan Bunin, Alexei Suvorin, heroes of foreign classics - Oronte («The School for Wives» by Molière), Poet («Blood Wedding» by Federico García Lorca), Nils Krogstad in the play «A Doll’s House», which was performed at the International Ibsen Festival in Oslo.

Thanks to dance classes and vocal training Yuri also took part in musicals and vaudevilles: he played Podkolesin, Pickering («We Play the Musical»), Capellan («Ladies and Hussars» by L. Solin), Prince Kholmsky ( «Lipetsk waters» by A.Shakhovsky).

In 1995, by the decree of the President of the Russian Federation Yuri Ilyin was awarded the title of Honored Artist of Russia.

In 1998 Ilyin was awarded the title of Laureate of the Lipetsk Region Literary Prize named after I. A.Bunin for performing Bunin's role in the musical-dramatic composition, based on the stories and poems of the writer.

Since March 2001 Ilyin has been working at the Maly State Academic Theatre of Russia. He played more than 15 roles: («The Government Inspector» by Nikolai Gogol, «The Power of Darkness» by Leo Tolstoy, «The Life and Love of Monsieur de Molière, or The Cabal of Hypocrites» by Mikhail Bulgakov, «Tsar Boris» by Aleksey Konstantinovich Tolstoy, «Wolves and Sheep» by Alexander Ostrovsky, «Re-reading Chekhov» based on Anton Chekhov's stories, etc).

Member of the Union of Theatre Workers and the Union of Cinematographers of the Russian Federation, the International Art Fund (as a photo artist). He played over 40 roles in films and television, including Kuznetsov («Only You»), Sushkovs’ uncle («From the Flame and Light») Nana Jorjadze, Felyurin («I'm flying» directed by O. Perunovskaya and K.Angelina), Goryunov («At the Corner of the Patriarch’s Ponds» directed by V.Derbenev), Václav Novák («Lika» directed by S.Vinogradov), Nikolay («Love as Love»), captain of the ship «Flying» («Sunstroke» directed by N.Mikhalkov), etc.

On May 18, 2013 Ilyin took part in the All-Russian «Museum Night» that was dedicated to the Day of Slavic Writing and Culture and was held at the Museum and Exhibition Complex of the Russian Academy of Arts. Yuri Borisovich presented to the audience an original poetic program titled «The Poems about poems», in which he recited the works of Vasiliy Trediakovsky, Alexander Pushkin, Ivan Bunin, Nikolay Gumilyov. The artist was awarded a diploma of the Ministry of Culture of Russia «for his contribution to the preservation of the spiritual heritage of Russia». 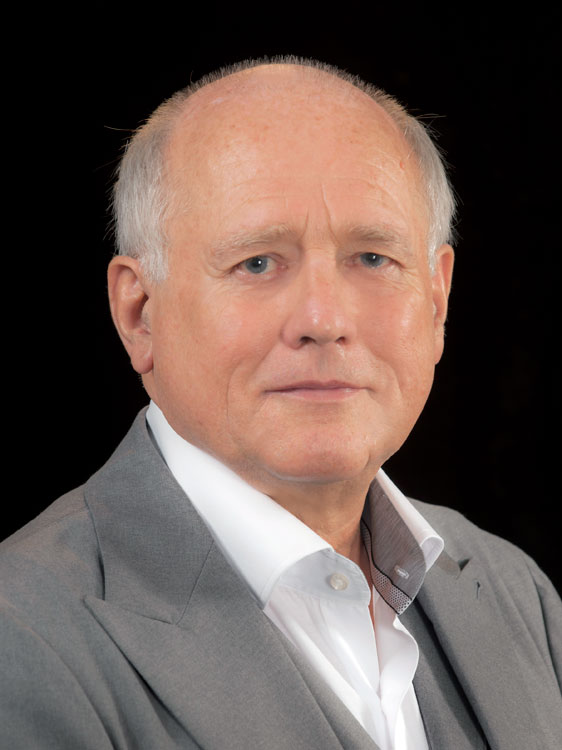