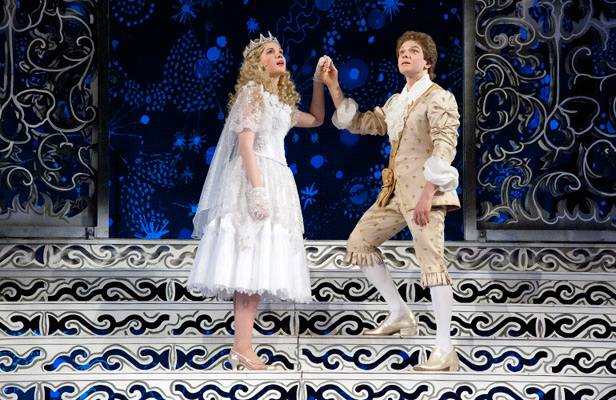 «All lovers of classic fairy-tales should book their seats at Maly Theatre immediately, as it is where a beautiful Cinderella story has turned into one of the most delightful performances in Moscow. Today, the play by Eugene Schwartz is best known thanks to a famous motion picture starring Erast Garin, and director Vitaly Ivanov doesn’t aspire to interfere with this movie masterpiece, as the magic happens on the stage, hic et nunc, rather than by means of picture editing and special effects. The characters haven’t changed that much over the course of time and can be easily recognized». (Alexey Goncharenko, «Playbill» magazine, October 2014).

A timeless fairy-tale about miracles and magical transformations for well-behaved kids and their parents.
Staged by Vitaly Ivanov based on the screenplay by Evgeny Schwartz.