ALL THE DAYS ARE NOT ALIKE (DIFFICULT DAYS)
Alexander Ostrovsky 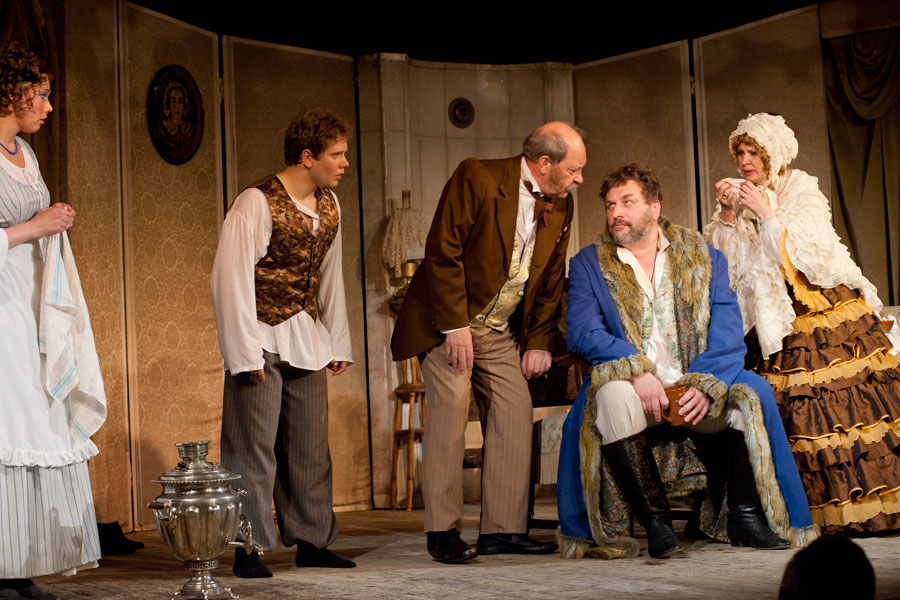 "Unknown Ostrovsky"…it might seem almost impossible, as Ostrovsky is considered to be one of the most important and famous Russian playwrights. However, this play has been rarely staged. Maly Theatre’s production of «All the Days Are Not Alike» was directed by Alexander Korshunov. Last time it was staged at the theatre was more than a hundred years ago, in 1895, under its original title «Difficult Days». All the action takes place in a single day which is Monday.

As we know, there are particular omens and superstitions related to the days of the week. In Russia, for example, “If you give away money on Monday, then expenses await you the whole week”, “Did guests visit on Monday? Then expect guests every day for the rest of the week”, “It is best to pull out a tooth on Monday, as there will be no complications”, “If you sneeze on Monday that means you’ll be getting a gift later in the week.” There are more peculiar ones, such as “Do not make kvass on Monday, as the mermaids bathe the drowned in it”, “Do not talk about witches on Monday as they will hear you and can scare you by turning into a dog”. But probably the most common one is that Monday is a difficult day. That is particularly for Ostrovsky’s characters in «All the Days Are Not Alike». On Monday a self-conceited merchant Bruskov, having too much to drink, beats up a gentleman, who then demands a compensation of three hundred thousand rubles! And the only person, who can help him settle the issue is a resourceful clerk Dosuzhev…

A comedy in 3 acts
The performance runs with one intermission