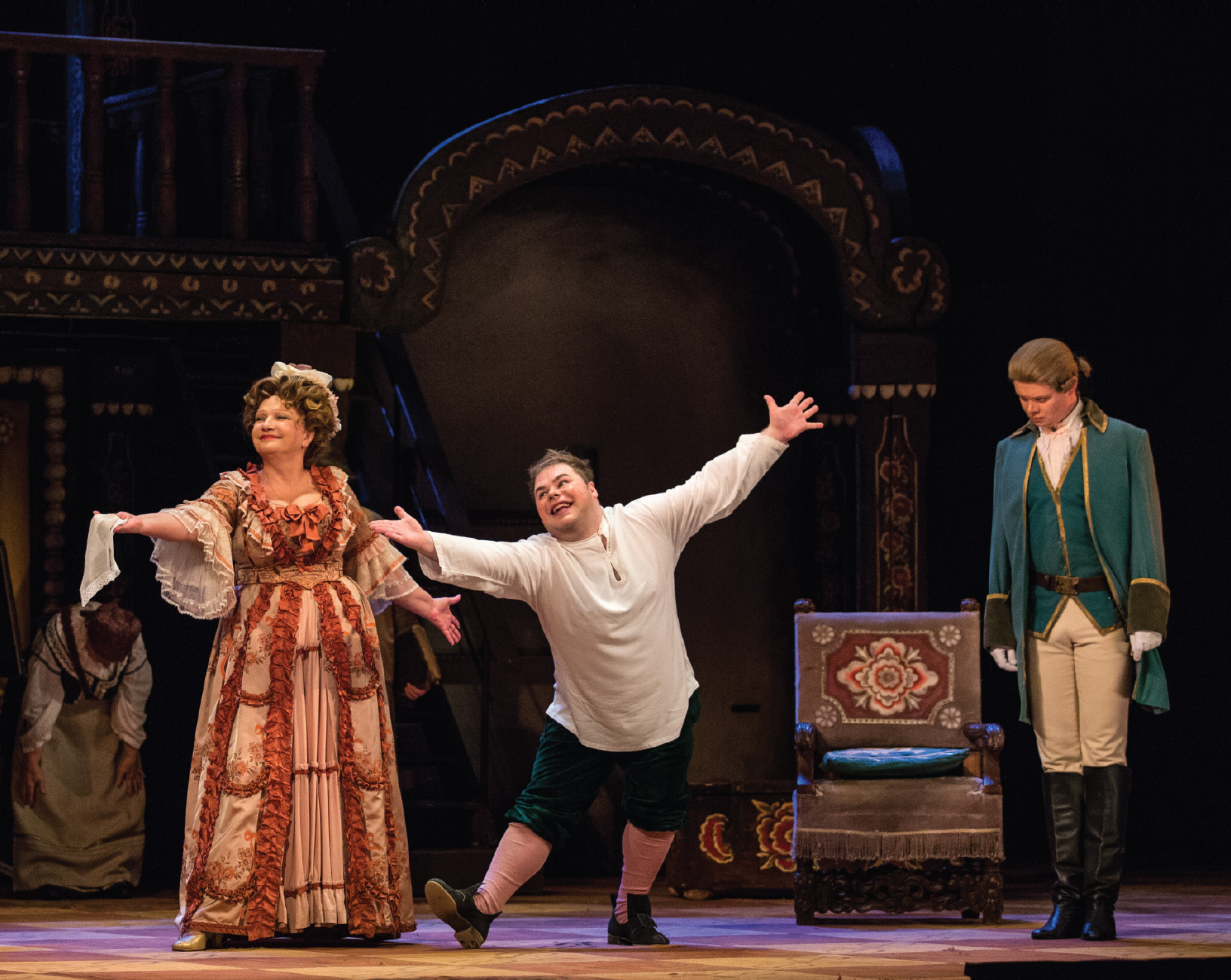 «I do not want to study, I want to marry!» – is one of the most popular expressions, turned into proverb that comes from a comedy entitled Nedorosl («The Minor») by one of Russia’s foremost 18th-century dramatists, Denis Fonvizin. «The Minor» can rightly be called immortal: it is included in the school course of Russian literature and is still part of the theatrical repertoire. Although «The Minor» was written more than two centuries ago, the play seems to reflect some aspect of modern life and it seems as if it was designed specifically to prevent young people from making Mitrofanushka’s mistakes.

At the beginning of 1782, after many years of work, Fonvizin read his new play to a circle of friends and acquaintances. In the words of Fonvizin’s first biographer Petr Vyazemsky in «The Minor» the author «does not make any noise, doesn’t fuss, does not laugh at, but rages against sin and condemns it without mercy. And even though he makes the audience laugh, it does not distract them from deeper and more grievous impressions.»

There is a legend that after the premiere of «The Minor» in St. Petersburg, Prince Grigory Potemkin, one of Catherine the Great's powerful associates, came up to Fonvizin and said: «Denis, either die or stop writing! As there is no need to write anything else.» Another version assigns these words to a highly esteemed Russian poet Gavrila Derzhavin.

The production of «The Minor» encountered many problems. After it was rejected in St Petersburg, Fonvizin left for Moscow together with actor Ivan Dmitrievsky. But in Moscow the performance was also forbidden by the censors. They felt that some of the dialogues were too daring. It took a lot of efforts to remove this ban. Finally the play was staged on September 24th, 1782 at Kniper's Theater in St. Petersburg and on May 14th, 1783 in Moscow, at Maddox theatre. The success of the production was huge. Soon after, the play was produced by the students of Moscow University (and it is known that The Maly theatre company was established at Moscow University).