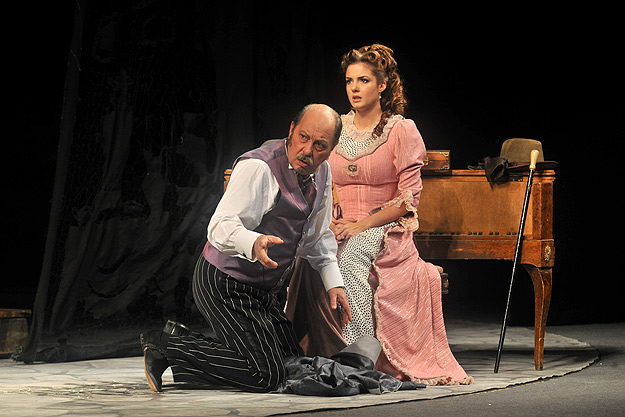 «Money to Burn» means that money won’t stay long in your wallet. This play by Alexander Ostrovsky is still quite modern, even though it has been produced more than a century ago. Ostrovsky is a master of satire, dynamic plots and witty dialogues – all these features of Ostrovsky’s writing style are perfectly reflected in Maly’s production of «Money to Burn».