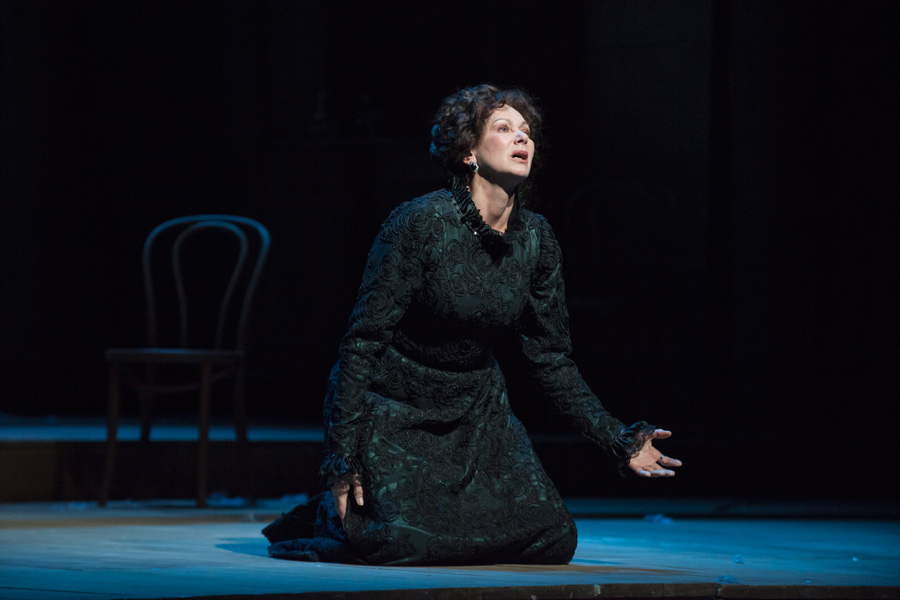 60 years ago Maly Theatre’s production of «Vassa Zheleznova» became known all over the Soviet Union. Back then the second version of the play was staged. Today, Maly Theatre turns to the first, little-known edition of Gorky’s work. The play is directed by Vladimir Beilis and is produced in collaboration with the set designer Eduard Kochergin. One of Maly Theatre’s leading actresses, Lyudmila Titova, plays Vassa Zheleznova.

«The performance is notable for its integrity and harmony, if only applicable to Gorky’s play, which is quite unusual for our time. In this production everything is bound together in perfect unity – the common atmosphere established by the director and ensemble cast: lighting, sound, set and costume design. It is an authentic Russian psychological theatre that might seem boring and outdated to someone, but at the same time it brings excitement, powerful emotions and food for thought. In this production of «Vassa Zheleznova» there are no riddles, everything is true-to-life and simple...» (Natalia Staroselskaya," Strastnoy Boulevard, 10 », №1-191 / 2016)

A drama in 2 acts
The performance runs with one intermission