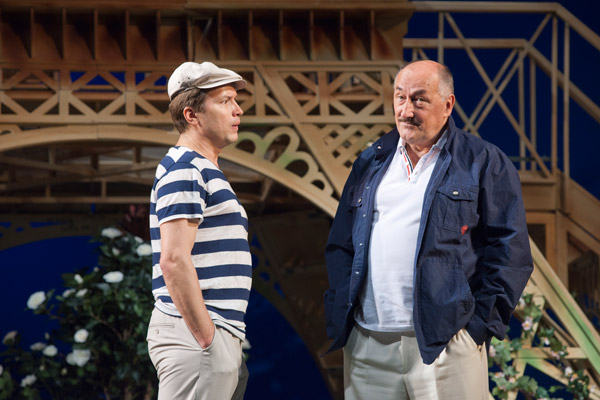 Vladimir Beilis stages Louis Verneuil and Georges Berr's ironical comedy «The School for Taxpayers» about legal means to succeed in time of economic recession. Ingenious impostor, Gaston Valtier, knows the most effective ways to build wealth. All you have to do is to establish a school for other distressed taxpayers and teach the French to legally evade paying their taxes. And all that right under his father-in-law’s nose, who is also a Director of the Department of Income Tax. Gaston’s schemes have nearly bankrupted the treasury and made him the sole proprietor of the most recognizable landmarks in Paris - the Eiffel Tower.