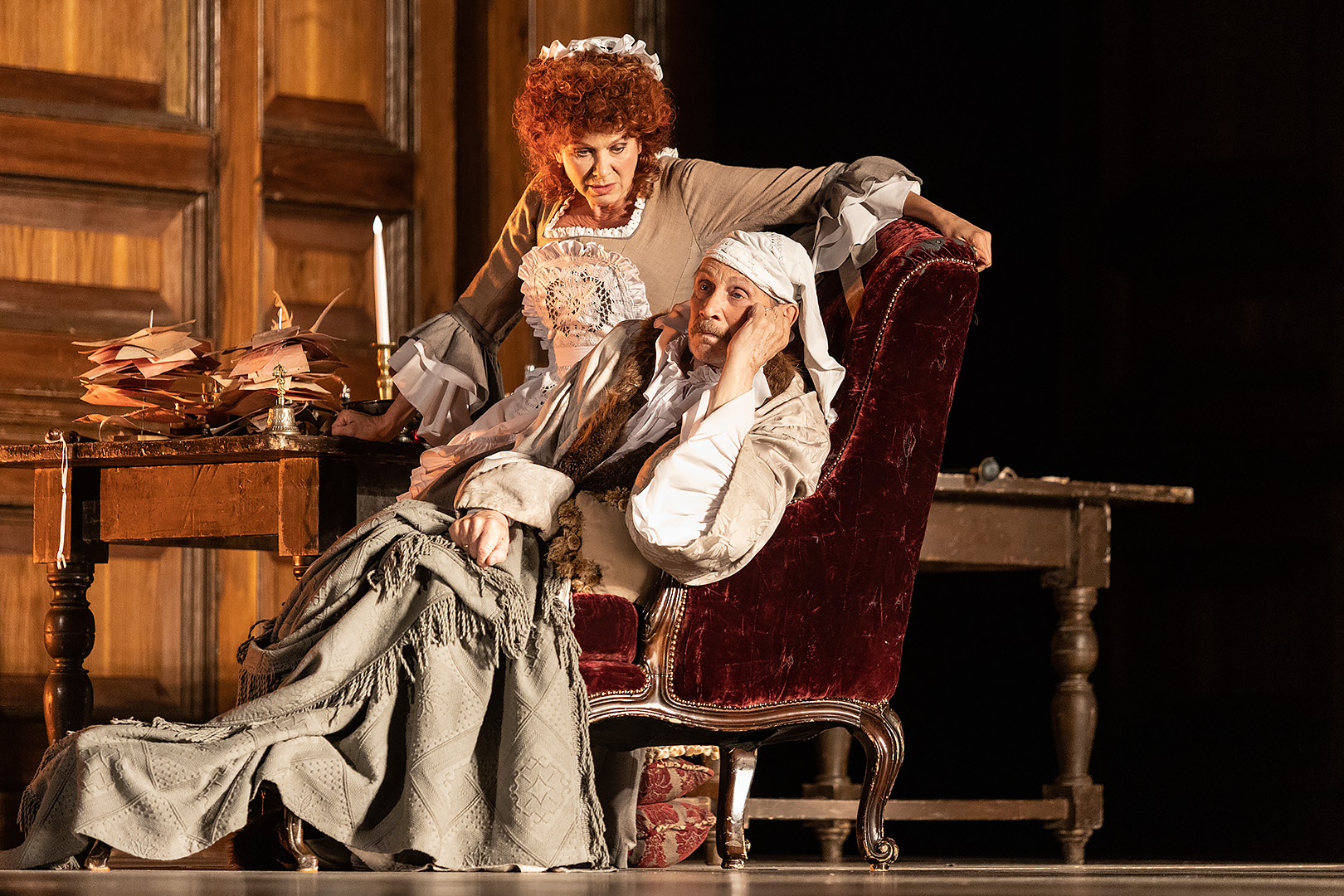 «The Imaginary Invalid» may be considered as one of Moliere's great character plays. It is the last and probably the most mysterious of them - mythology says that the playwright fell ill in the middle of a performance of The Imaginary Invalid and died soon after.. Throughout this comedy of manners, the author brilliantly blends satire and farce in a fast-moving plot that pokes fun both at the medical profession and at its simple-hearted clientele. One cannot but sympathize with the eccentric hypochondriac, Argan, who is trying to hide from the indifference of the world behind imaginary ailments…


In 2007 the performance received the Golden Mask Award for the Best Large Scale production.

Argan, the imaginary invalid Laureate of the State prizes of the Russian Federation, People's Artist of Russia Vasiliy Bochkaryov

Béline, second wife of Argan Recipient of the State Prize of the Russian Federation, People's Artist of Russia Evgeniya Glushenko