In 1981 Tamara Mikhaylova graduated from The Moscow Aviation Institute named after S. Ordzhonikidze specializing in «Automatic and information devices». Her professional experience began in 1980 at the Central Research Institute for Automation and Hydraulics. After graduating from the university, she held engineering positions at the Research Institute of Chemical Engineering, at the Institute for Designing Enterprises of the Machine-building Industry, at the Design Bureau «Motor», where she was the head of the Social Bureau for about 5 years.

Before she came to work in the The Mikhail Semyonovich Shchepkin Higher Theatre School, Tamara provided financial support and helped resolve creative tasks, carried out the necessary repair works, engaged the attention of public figures to the problems of the school and raised money. Since March 2008 to the present day Tamara holds the position of a pro-rector for organizational and creative work. She initiated the works to repair the premises and facades of the school. A lot of work has been carried out to arrange the construction documentation, establish proper order with tenants thus allowing the school to win back the missing facilities intended for the educational process. An audit was conducted that helped rectify deficiencies, enhance financial discipline and strengthen administrative management and accounting staff.

In October 2008 Tamara organised a masterclass of International Academy of Commedia dell'Arte founded by Piccolo Teatro di Milano. Within 23-days the second year students (class of Yuri Solomin and Olga Solomina) studied the theory and practice of the Commedia dell'Arte with teachers from Italy. That was a unique experience since this comic theatrical genre, together with the opera, have made Italy famous throughout the world. Ferruccio Soleri, a famous actor, who plays the role of Harlequin in Giorgio Strehler’s production of «Harlequin, The servant of Two Masters», is the artistic director of the Academy , who led a practical course on the Italian mask in Commedia dell'Arte in Moscow. Stefano De Luca ran a course on Giorgio Strehler’s directing.

In February 2010, Tamara organized a tour around the cities of Western Siberia - Kogalym, Langepas, Pokachi. The program of the tour included the presentation of graduation play «Without a Dowry» by Alexander Ostrovsky (directed by P.V. Kurochkin, a teacher and associate professor), a showing of a class concert, masterclasses on jazz and body movement.

The Faculty of acting consistently distinguishes the fine design of the graduation plays, good organization of tours and work at other stages of Moscow.

In December 2009 Tamara Mikhaylova was awarded with the Certificate of Acknowledgement of the President of the Russian Federation in recognition of her services in the preparation of highly qualified specialists in the field of theatrical art.


Since December 2010, Tamara Mikhaylova is General Manager of the Maly State Academic Theatre of Russia. 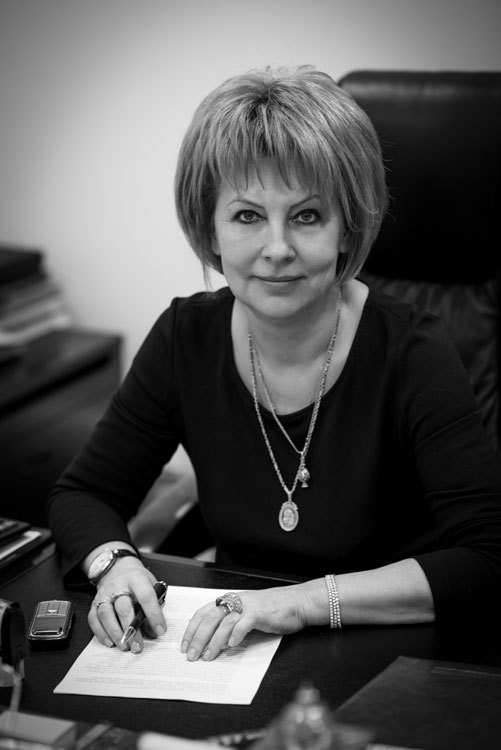