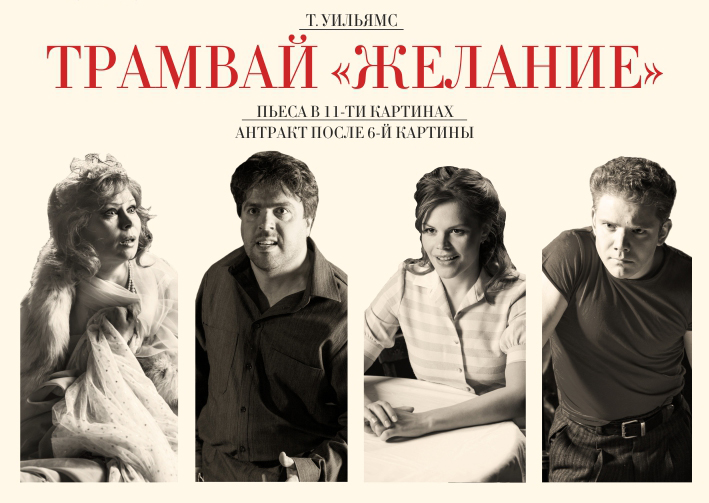 And so it was I entered the broken world

To trace the visionary company of love, its voice

An instant in the wind (I know not whither hurled)

But not for long to hold each desperate choice.

– « The Broken Tower» by Hart Crane


The action of the play takes place between May and September in a dilapidated apartment building in the working-class district of New Orleans 1947, shortly after the Second World War.

«A Streetcar Named Desire» is Tennessee Williams’ landmark work, which received the Pulitzer Prize for Drama in 1948.

A play in eleven chapters
The intermission is after chapter VI