TRUTH IS GOOD, BUT HAPPINESS IS BETTER
Alexander Ostrovsky 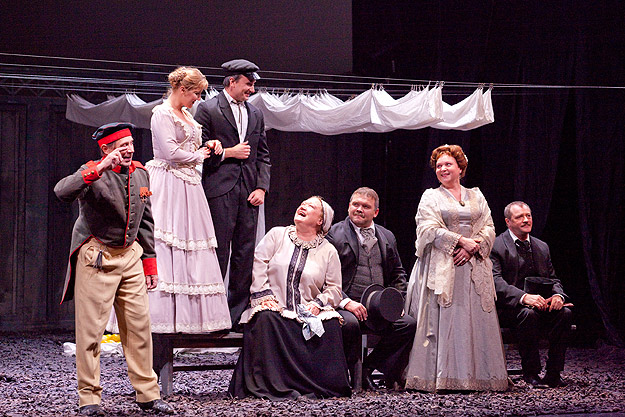 Alexander Ostrovsky tells us a story about an apple orchard – a cheerful and funny, yet thought-provoking narrative about happiness which is found in simple, seemingly unremarkable things. True happiness is not out there, true happiness already exists within you. No wonder one of the characters, a devoted nanny, dedicated to helping young lovers, is named Felicata, meaning «happiness».

In 2004 the performance took the Special Jury Prize at the Golden Mask Festival for Best Acting Ensemble. The same year the theatre group was honoured with the State Prize of the Russian Federation.