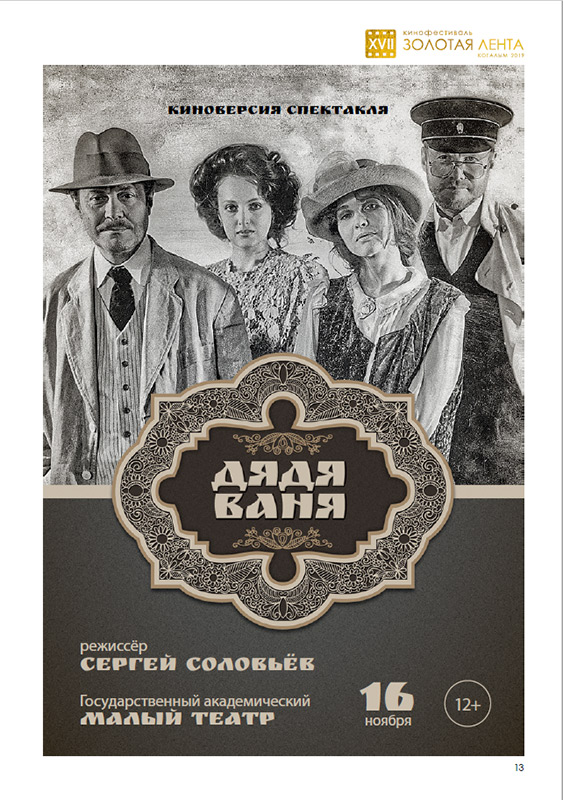 On November 16, Svetlana Amanova, People's Artist of Russia, presented the film version of the production to the citizens of Kogalym - she talked about the process of staging Uncle Vanya and working with her partners.