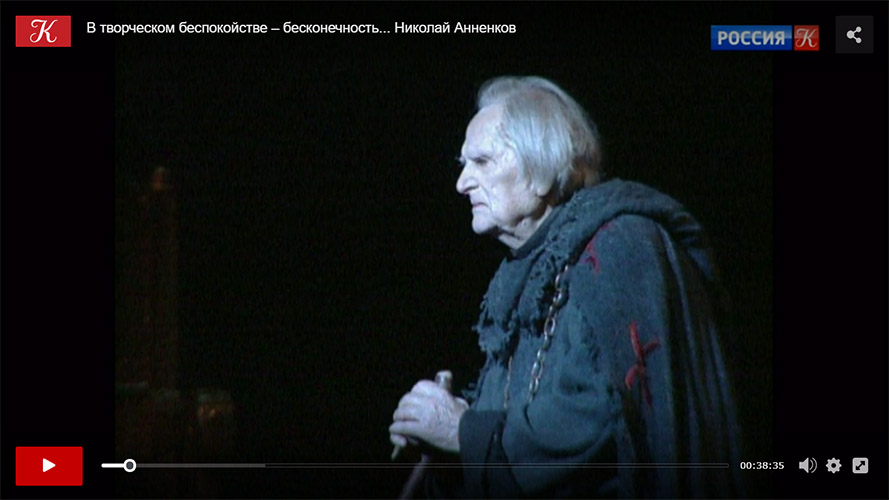 Nikolay Aleksandrovich Annenkov first appeared on the stage in 1917 in an amateur performance. From 1924 until the end of his days he was an actor of the State Academic Maly Theatre. "He was a very strong and surprisingly lyrical artist, quite inquisitive. Eager to learn new," - this is how Alexandra Yablochkina described the actor. Also, Annenkov taught at the Shchepkin Higher Theatre Institute. Among his students were Oleg Dal, Vitaliy Solomin, Viktor Pavlov and others.