Vladimir Nikolayevich Dragunov was born in 1956. In 1978 he graduated from the historical faculty and the theatrical department of Moscow State V. I. Lenin Pedagogical Institute. From 1978 to 1981 he was an actor of the Youth Theatre on Krasnaya Presnya. In 1986 he graduated from the faculty of directing at the Russian University of Theatre Arts (GITIS), course of directing and acting, ran by A.A. Goncharov, and the director's group that was supervised by M.A. Zakharov.

In 1986 Vladimir presented a graduation play based on Vitaliy Moskalenko's play «Loving You Kolya» (S.I. Yashin was art-adviser of his thesis research) at the Theater on Malaya Bronnaya. The play received great critical acclaim. In 1986 he was invited to the Theater on Malaya Bronnaya as a director. From 1986 to 1989 he staged three plays: « The Thought» based on the novel by Leonid Andreyev, «Robinson Island» by A.Yurikhov based on the novel by Daniel Defoe,«200 Versts Away From the Railway» based on Anton Chekhov's novel «Ward No. 6».

Since 1990 he was the director at the N.V. Gogol Theater. He staged the play «The fiery furnace» based on the biblical texts of the Book of Daniel, which featured the Orthodox choir «Blagovest» («The Toll»), apart from actors, and the play «I Love You, Constance» (P.Gusev's play based on the novel by Alexandre Dumas «Sylvandire».

In 1991 Vladimir was invited by the Maly Theatre to stage a play based on a play «The King of the Jews» by Konstantin Romanov, Grand Duke of Russia, and in 1993 - the play «The Death of Ivan the Terrible» by Aleksey Konstantinovich Tolstoy. Since 1994 he has been director at the Maly Theatre.

Starting from 2004 he has been teaching at the Mikhail Shchepkin Higher Theatre School (Institute) (associate professor, among his graduation plays are «Don Juan» by Molière, «The Benevolent Curmudgeon» by Carlo Goldoni, «Jacov Bogomolov» by Maxim Gorky, «A Happy Day» by Alexander Ostrovsky). Since 2013 he has been leading the workshop.

1992 «The King of the Jews» by Konstantin Romanov

1995 «The Death of Ivan the Terrible» by Aleksey Konstantinovich Tolstoy

1996 «The Seagull» by Anton Chekhov. The artistic director of the production is Yuri Solomin

2000 «Mercadet or the Speculator» by Honoré de Balzac

2002 «The Cloak of the Cardinal» by Pavel Gusev

2004 «The Last Sacrifice» by Alexander Ostrovsky

2007 «Dmitry the Pretender and Vasily Shuisky» by Alexander Ostrovsky

2009 «Molière, or The Cabal of Hypocrites» by Mikhail Bulgakov

2013 «The Last Idol» by Alexander Zvyagintsev

2014 «The Theatre of the Empress» by Edvard Radzinsky

2015 «The Heart is Not a Stone» by Alexander Ostrovsky

2017 «Talents and Admirers» by Alexander Ostrovsky 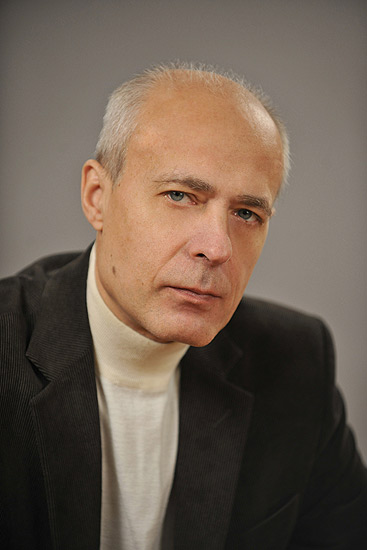